“The school builds the community and in return, the community helps build the school” - Lara Stefánsdóttir , principal of  Menntaskólinn á Tröllaskaga
Menntaskólinn á Tröllaskaga (MTR), is a junior college, located in Olafsfjorour, a small town of population 800 in Northern Iceland.  Most of the students are 16-24 years. The school also caters to adult learners.
“Most of the students did not finish school. In a small town, most became sailors or marry one. You can earn $1-2m kronas going out to sea. Why bother with education?  Now we are slowly changing that concept and the atmosphere in the community. The school was put here to raise the culture. People realize that they can do more thing here than in the past. “  - Lara Stefánsdóttir.
When Lara Stefánsdóttir became the principal 6 years ago, one of her goals in setting up the school was to give the young people in the town different options in life.  As the principal, Lara sets the tone for the school. She felt that it was important that the students are able to path their own career and hopefully, stay and grow their roots in the town.  Hence, the school’s motto is Innovation, Creativity and Courage and it’s reflected in what they did.
The legislation for junior college was changed in 2008 and the new guidelines gave Lara a lot of leeway in designing a new school and curriculum. The school is considered unorthodox even in Iceland. Lara and her staff are constantly reviewing the curriculum to study what was important to their students and how to make the classes more engaging. In a Forensic science class, students were given sheep’s blood and were told to simulate actions of a murder. The teacher, Vera Sólveig Ólafsdóttir, came up with the idea and was backed by Lara.  “I might not be able to do this if it’s another school.” said Vera.
This story was published in "The Other Hundred" in 2016. The Other Hundred is a worldwide initiative to provide a better understanding of the people who make up our world and the lives they lead.

Menntaskólinn á Tröllaskaga is the only upper secondary school in the mountain settlement.

Lára , the principal, having a weekly meeting with her staff to discuss the curriculum for next semester.

Atli and his early artwork in his father's factory. Atli Tómasson, who was diagnosed with ADHD, is the local Stone Mason’s son. He took 8 years to complete the 3 years junior college course as he dropped in and out of school. “Before MTR, I would play video games in class for the whole day and the teacher didn’t care.”

Students walking back to school after visiting an exhibition at Listhus Artspace. 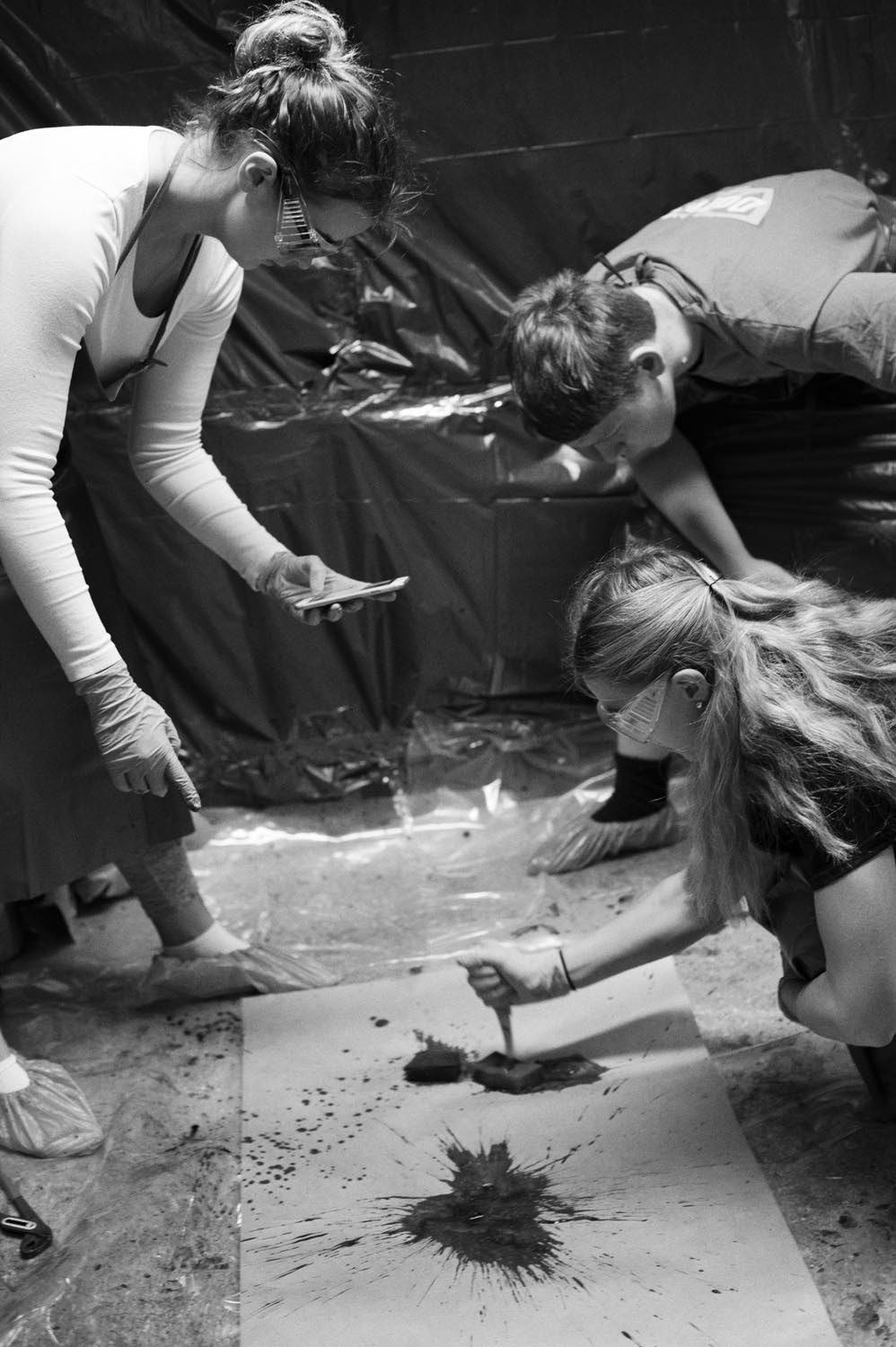 In a Forensic science class, students were given sheep’s blood and were told to simulate actions of a murder. The teacher, Vera Sólveig Ólafsdóttir, came up with the idea and was backed by Lára. “I might not be able to do this if it’s another school.” said Vera. 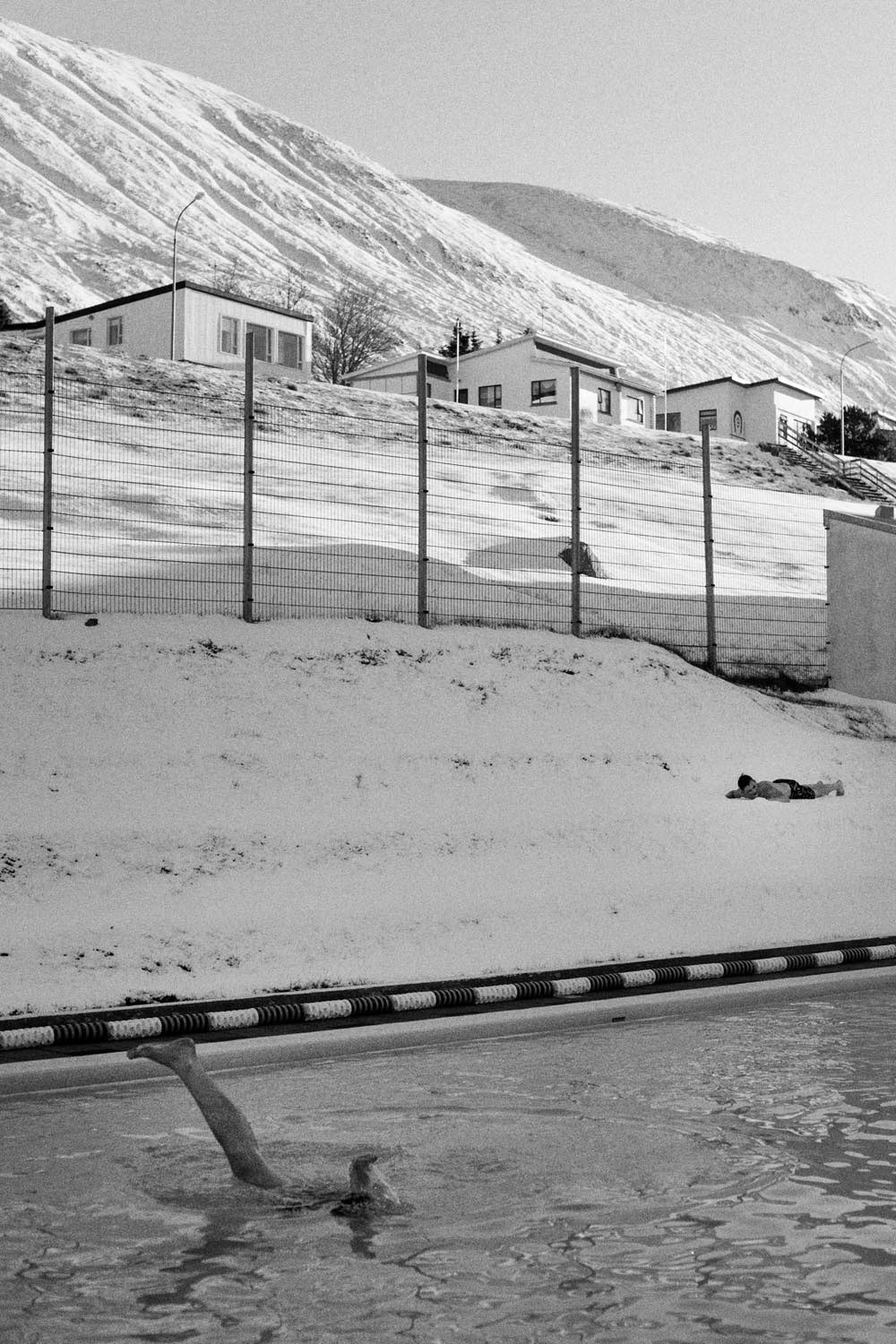 Waiting for their turn in a scuba diving class.

Menntaskólinn á Tröllaskaga is unorthodox in a way as it does not have final exams. Instead, the students have weekly assessments. The students, who are studying Anatomy, working on the digital online test on their laptops.

In the personal finance class, Inga helps a student understand what are the different taxes and what they mean. After the financial crisis in 2008, the school felt that it was important for the students to understand how to manage their own finances. How credit card interest, mortgage, taxes and insurance work is taught to all the students.

Agnes, the occupational therapist,  and her class with special needs sharing a joke over the food that they just cooked. Every semester, she will go through the recipe book with her class and together they will decide what they want to cook together.

Bergþór, the fine arts teacher, teaching his class via long distance, as he is doing his Masters in Sweden.

It's job attachment day and Margrét Líf Kjartansdóttir , a student, with special needs is working at the local child care centre. The school helps to integrate the students into the community by finding job attachments for them. Once a week, on Tuesday, the students go out to work.

Guðrún , the Art Teacher, helping Petur with his artwork. They are exploring what he is on the inside and what he wants to be on the outside.

Moise, a french exchange student, watches out as his classmates try their hand at french cuisine. The students are taught cuisines from different cultures every week.

Students from the Sports and Outdoor track class building their endurance by swimming in the Arctic Sea. It's about 7 degrees that day.
↑Back to Top